Siam was located in the present-Thailand, has been an inspiration for many masterpieces including this board game. Join our safari to the heart of the forest in the ancient kingdom to watch the intense rivalry between two marvellous creatures of the earth: the rhinos and the elephants. 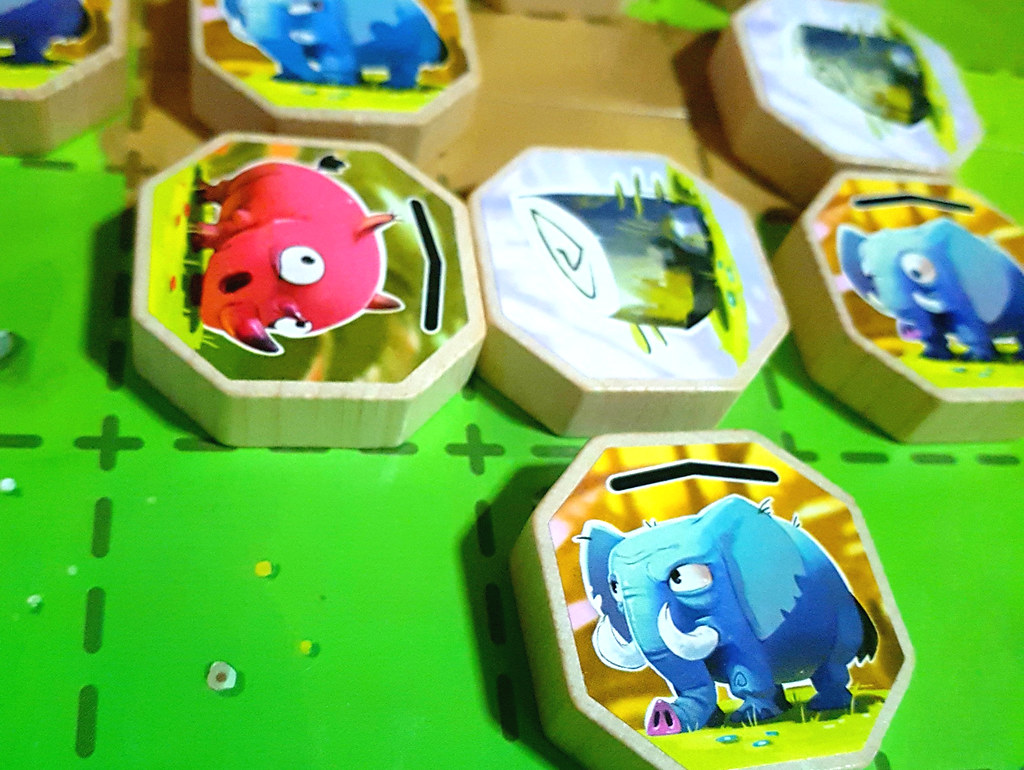 A bit background about Siam

Siam is designed by Didier Dhorbait and published by Ferti Games. This game has two versions: the traveller-friendly pack and the normal one. I have both versions; it's just a humble brag. The normal Siam is illustrated by Biboun. This game is a 2-player game that needs approximately 15-20 minutes.

There was a time when the rhinos and the elephants wanted to know who's the strongest between them. In order to end the never-ending quarrel, they decided to do a small game. Both factions have to compete to be the first one to push the big boulders out of the border. Who will emerge victorious? 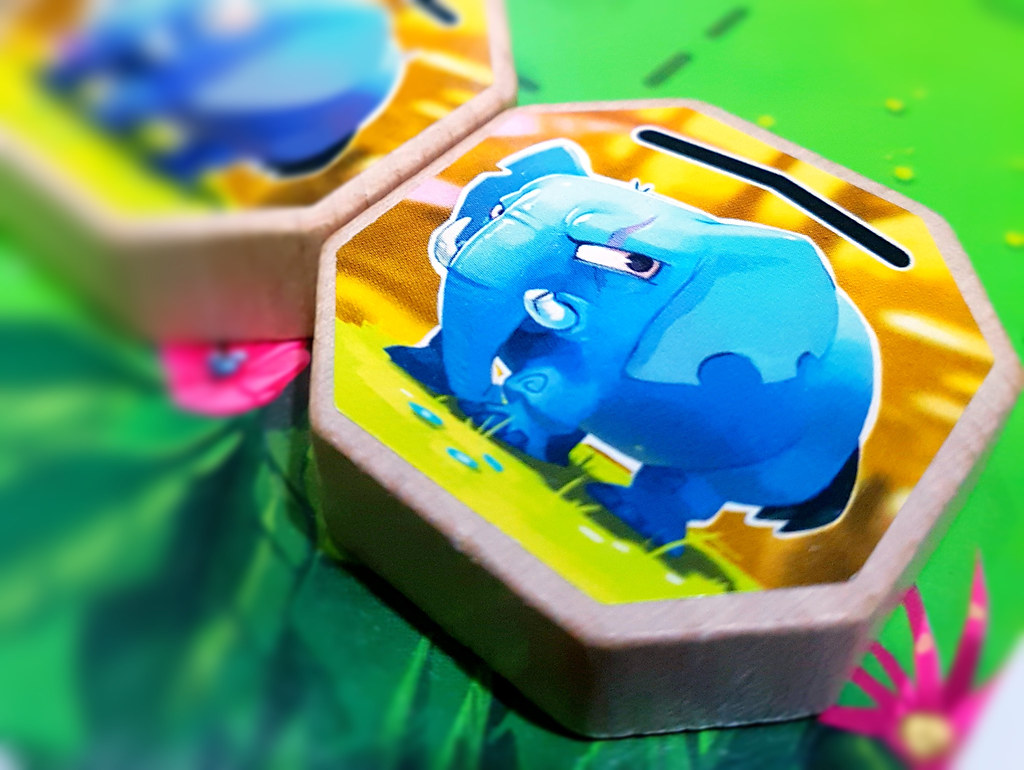 How to play Siam

Each player will represent each animal side and gain five animal tokens; each animal token will have an arrow to identify which side it is facing. One will claim the glory by being the first one to push one out of three big boulders. It sounds simple but with only brute force, you will not win the game.

The next one is to change the orientation of the token without moving the token; this is important if you need to change the side where the animal token faces. The fourth option is to take an animal token in the border area out of play. The last one is the main element of this game: to push another token (boulder or animal token) to the direction where the pushing token is facing. 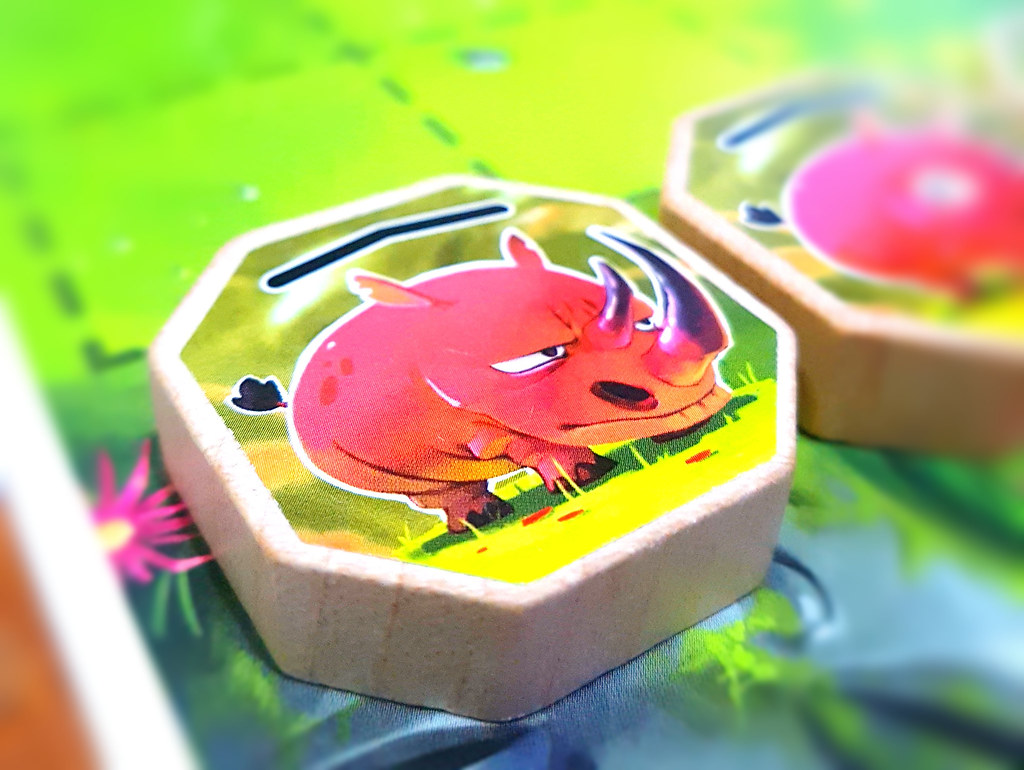 The overall experience of Siam

Siam is an abstract game with grid movement as its core mechanism. This game grinds your brain because you have to plan a solid strategic move in order to win the game. The mechanism is well-designed and it gives no room for luck. One false movement may result in a loss. The system to decide whether this or that token can be pushed is easily understood. The rule sheet explains how to play really clear and it gives several case examples to illustrate the situation. This makes it easier to teach another player.

In my first several sessions, the games ended real quick because I was not aware of the depth of this game; understanding the strategy and how to react to the opponent's move is the key to success. After I and my opponents got the bigger picture, one gaming session needs approximately 15-20 minutes. 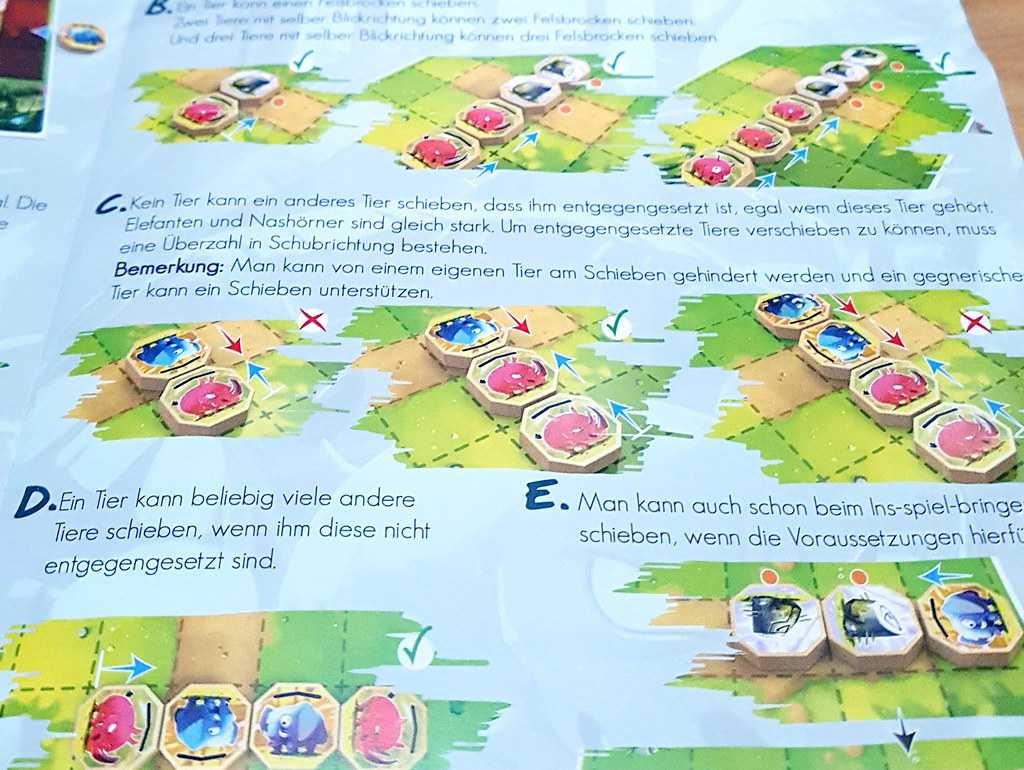 Siam feels like the lite version of chess; it has the same strategic depth without the elimination element. Each move counts to gain the glory. This game is really suitable for those who want a short abstract game packed with strategy and tactic. The board is quite small and it has two sides; the other side is for the advanced players who want more challenge. This game does not involve any luck at all; players who like dice or any other form of randomised outcome might not find this game interesting.

The travelling version, however, looks better and more beautiful because of its sculptures instead of only using the wood tokens. However, the illustration wrapping this version is beautifully crafted as well. This really helps to attract more casual and younger audiences.

The game is carefully designed and I do not find any imbalance in the game. Neither the first player nor the second player gets a clear advantage; you really need to be good at analysing the whole board. Siam, despite being a deep abstract game, is pretty good to be a filler. It's really easy to learn and to explain; I would say that this game can be a gateway game, too. I am not a fan of the advanced board; the game with the normal board is hard enough already so you probably want to stick with it while playing the game.

Overall, I really like this game. It's not that light but it's easy to play yet hard to master. The illustration really draws attention. It's a good filler and gateway game for an abstract game.