Hello Archons, welcome back to the world of Crucible! As we have discussed in the previous article, KeyForge is one of the most accessible games in the market. The game has been around since its first release by Fantasy Flight Games in 2018. Currently, we have four KeyForge set in the market: Call of the Archons (CotA), Age of Ascension (AoA), Worlds Collide (WC), and Mass Mutation (MM). There are two additional releases annually as well. FFG has varied products in their lines for Keyforge. You can find Keyforge in many forms, starting from booster deck, deluxe, starter set, and up to premium box. Today, we will help you decide which line suits your needs with this purchase guide. 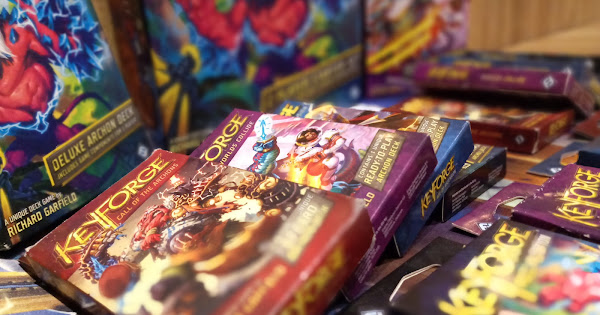 Let’s start with the best one from this purchase guide. Archon Deck consists of a pre-built and ready-to-play deck from 37 cards and comes with needed tokens. With its low price, this deck is more suitable for new players and those who own the starter set (which already includes the tokens). It is recommended to start with CotA set due to its low complexity compared to the latest set.

Of course, you can begin with deck from another set, too. Afterwards, you can always purchase decks from other sets because they have unique and interesting composition. Two decks are adequate to start playing with your friends. If necessary, use tokens from other board games.

This other product in the line comes with one Archon deck and enough token for one player. We recommend you to buy the Deluxe deck from the newest set. You will get the latest tokens necessary to play KeyForge by doing so.

However, it only covers one side, your opponent needs to have another deck and tokens in their possession. For the latter one, they can still be substituted with tokens from other games in emergency. 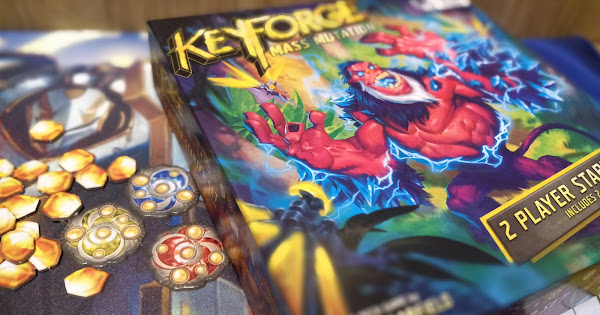 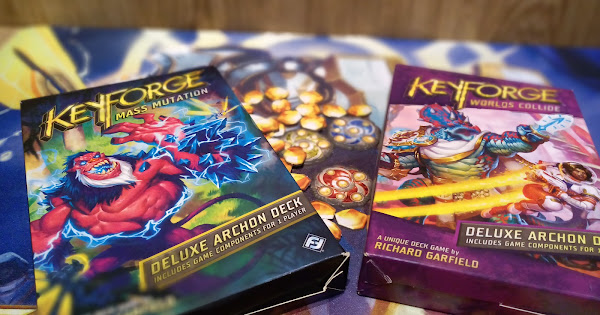 Keyforge’s starter set contains two Archon decks and enough token set for two players. Just like the deluxe deck, we recommend you to purchase the latest Keyforge starter set (due to the same reason). It is convenient because there are enough decks and tokens for two players. If you purchase the very first season’s starter set, you will get two generic decks for tutorial (not randomized). We recommend this for you who wants to delve deeper into the world of Crucible.

Well, this Keyforge’s product line really deserves the name premium. It has two Archon decks, five tuck boxes to store your decks, tokens, chain dial, and the big box itself to store your Keyforge collection. We recommend this premium box if you have many decks in your collection already. Sadly, this product is a rare sight in Indonesia. 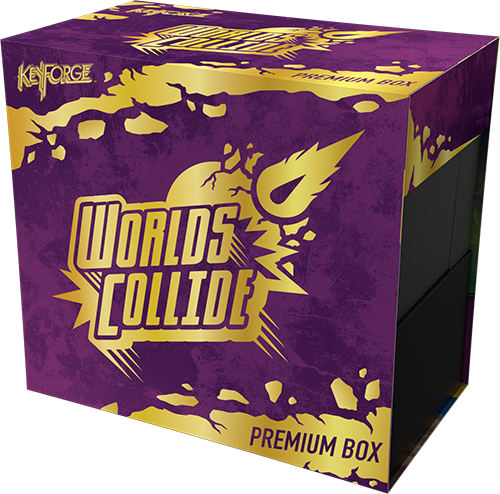 Some players may willingly part from some decks in their collections. If you don’t like Keyforge’s gacha factor, this can be an option to get your first deck. Your choice is to buy or to trade with them (if you have decks you want to let go, too). The owner has usually rated the deck after unboxing. So, you can already know which combo can be played, and whether it will suit your play style.

Some players buy unsealed decks to find special cards from each set. For example, they are usually looking for the Horsemen, Plant, Ambassador, 7 Sins, Gigantic, Anomaly, etc. We also seek for Mavericks. These cards have shifted factions and are available in all houses (for example, Hunting Witch). A few try their best to find the name they adore as well. This gives a personal satisfaction for collectors.

Which set suits me well? 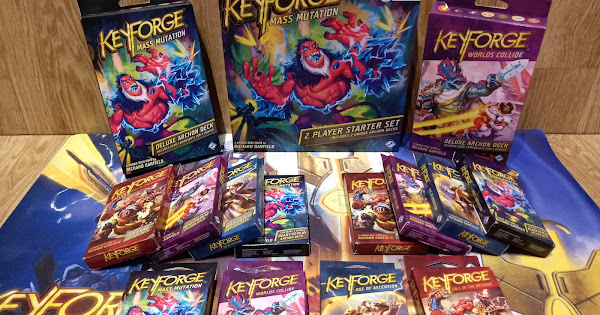 Each set has its merits and faults. However, we really recommend you to purchase the first and second Keyforge set. Both sets are simple with all the core mechanics (the third set and later on have additional mechanics). It is a different story if you also look for the components.

If that’s the case, you should buy the latest ones. They contain the extra tokens for the new mechanics as well. This purchase guide should act only as a recommendation for you. The decision on what to purchase needs to come from yourself, in the end.

Each set has its gimmick and special cards for collectors as well. Here’s an overview of what you can expect from all sets until now. Last update: 01/2021

You have reached the end of this Keyforge’s purchase guide. Are you ready to begin your journey in Crucible?!

I am an owner of a board game café and KeyForge enthusiast. The latter one is the topic I will contribute mostly in this blog. I have been playing board games since 2015. Not to brag, but my collection is growing every year. As an owner of a board game-related establishment, my favourite phrase is “What are we gonna play tonight?” You can find my café in Depok, Indonesia.

Buy Me a Coffee

FORK: A story of the foxes, owls, rabbits, and kales [Preview]

Roll for Great Old Ones, a co-operative Arkham in Roll-and-write format [Preview]